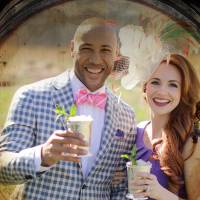 Let Gotolouisville.com keep you updated with all of the latest Kentucky Tourism and Louisville Event information.

Louisville was founded in 1778 by George Rogers Clark and is named after King Louis XVI of France, making Louisville one of the oldest cities west of the Appalachian Mountains. Sited beside the Falls of the Ohio, the only major obstruction to river traffic between the upper Ohio River and the Gulf of Mexico, the settlement first grew as a portage site.

News, Events and Online Services for the Louisville Metro area.